In our new series of tutorials, How Did They Do That?, we dissect the tricks used by graphic design pros and share with you the simple tips that will make your InDesign documents look ultra-professional, even if you’re a beginner to the software!

In this first installment of How Did They Do That? you will learn how to recreate a simple 3D effect commonly used across magazine publishing. It’s super simple to do, and at no point do you need to do any fiddly photo editing in Photoshop.

Magazine covers are the perfect place to get really creative with design. After all, they’re meant to attract the reader to buy the magazine. Some magazine designs get playful and showcase some fantastic optical illusions, turning a 2D medium into a 3D work of art. Here are some inspirational examples, where typography and images interact and appear to ‘jump’ off the page: 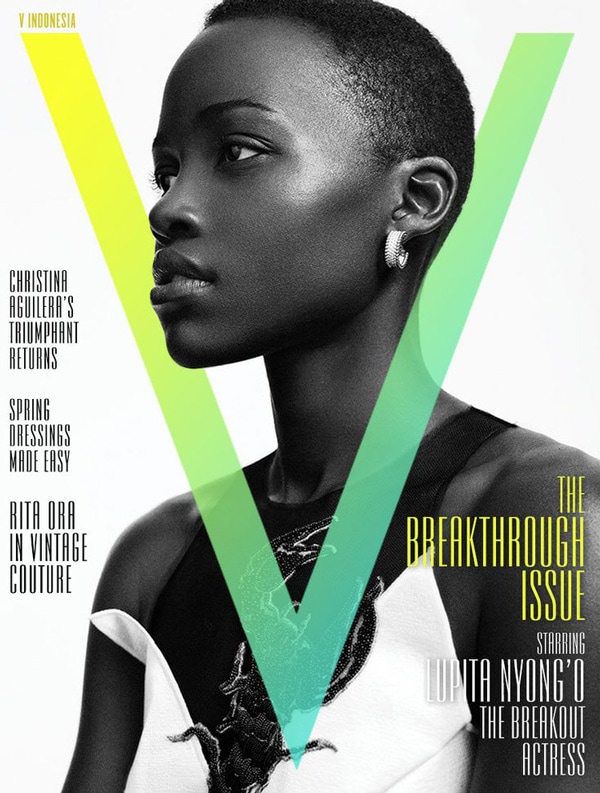 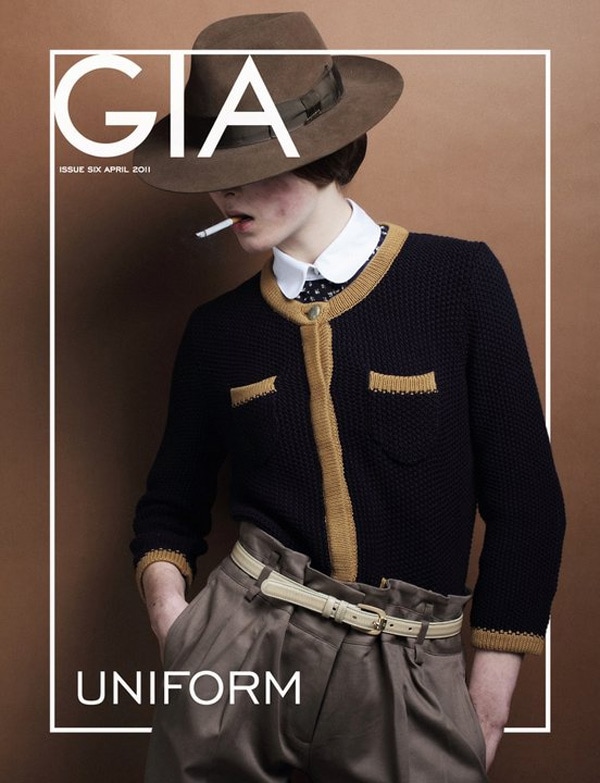 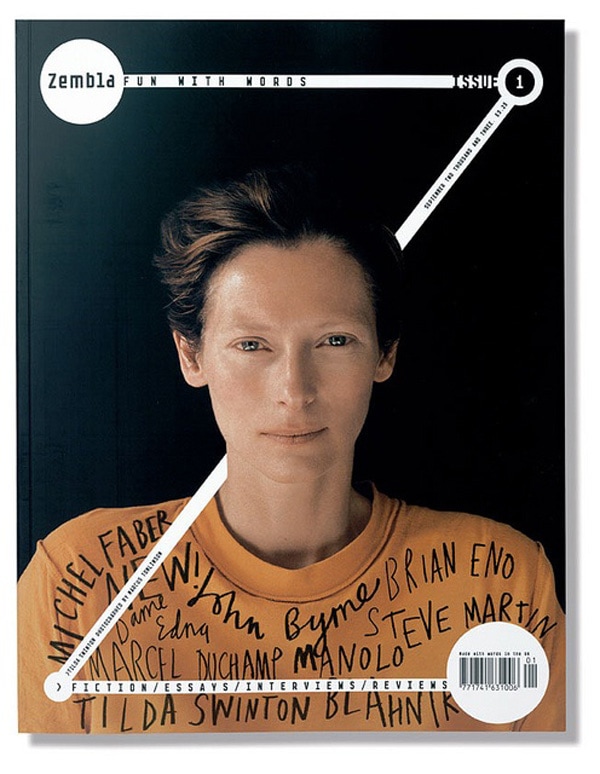 Now let’s create our own version…

Step 1: Set up the Layout of your Magazine Cover

I then placed a photo within an image frame, using the Rectangle Frame Tool (F), which extended across the whole page. 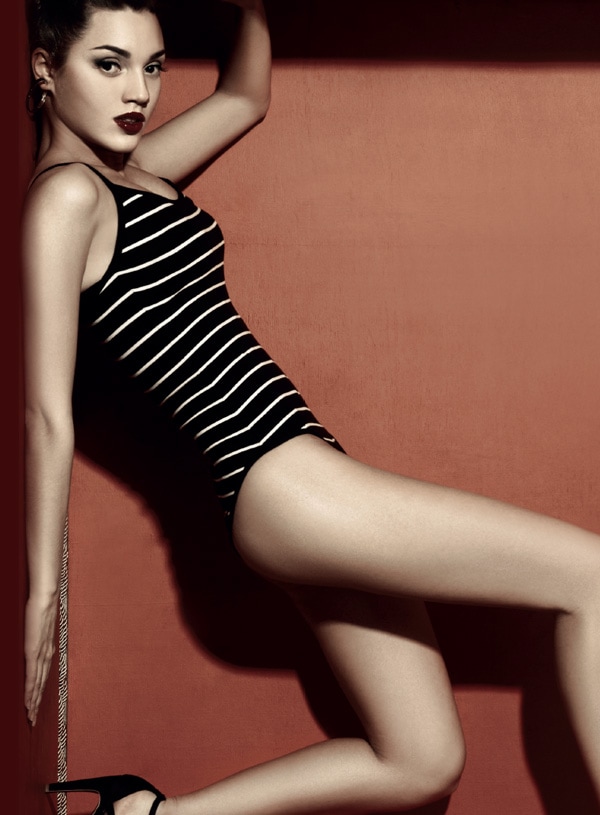 I then created a new layer (Window > Layers, to open the Layers panel, > Create New Layer) and used the Rectangle Tool (M) to create a frame with no Fill colour and a solid Stroke set in [Paper], with a Weight of 2 mm (edit these from the Character Formatting Controls panel running along the top of the screen). I’ve adjusted the size of the frame so that it sits on the Margin lines.

I then added a few text frames on another New Layer using the Type Tool (T), setting the Font to Didot in [Paper], and have placed the magazine title so that it sits very snugly against the top right corner of the white frame. 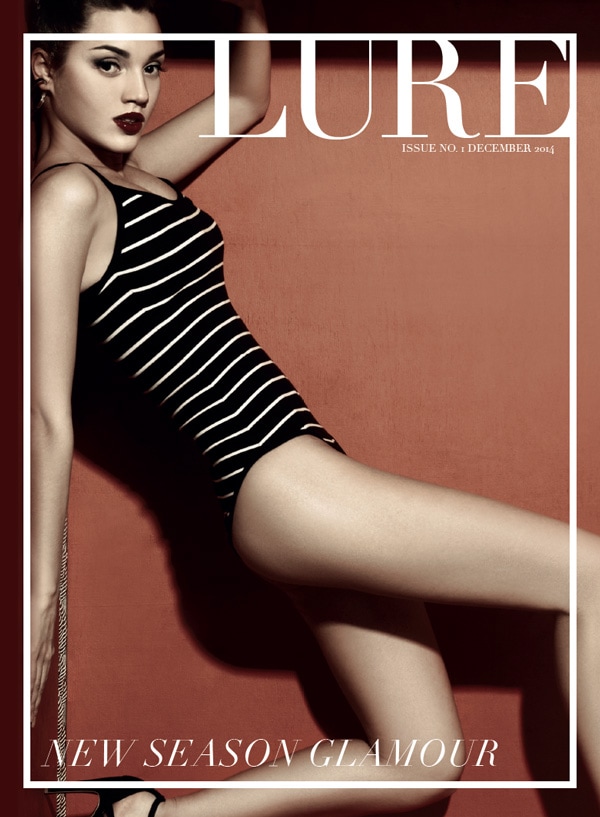 What would make our cover really ‘pop’ is to create a 3D effect, to give the impression that the white frame is interacting with the woman, and the woman is stepping outside of part of the frame. 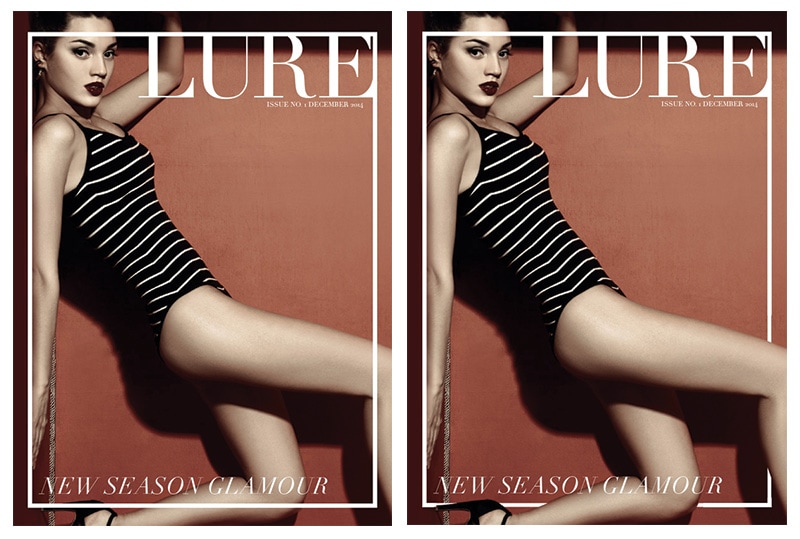 Step 2: Use the Scissors Tool

Select the Scissors Tool (C) from the Tools panel (go to Window > Tools if not shown by default).

Zoom in to the area indicated below, and snip the edge of the white frame just above the top of the woman’s leg. 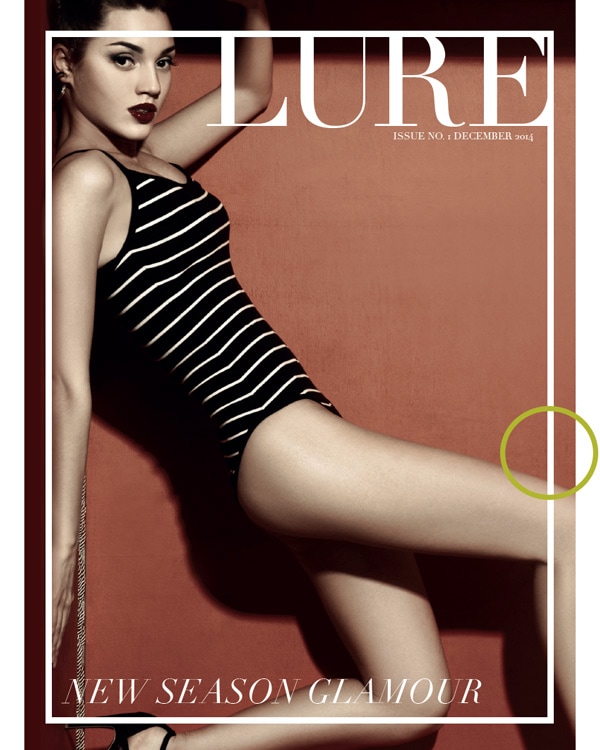 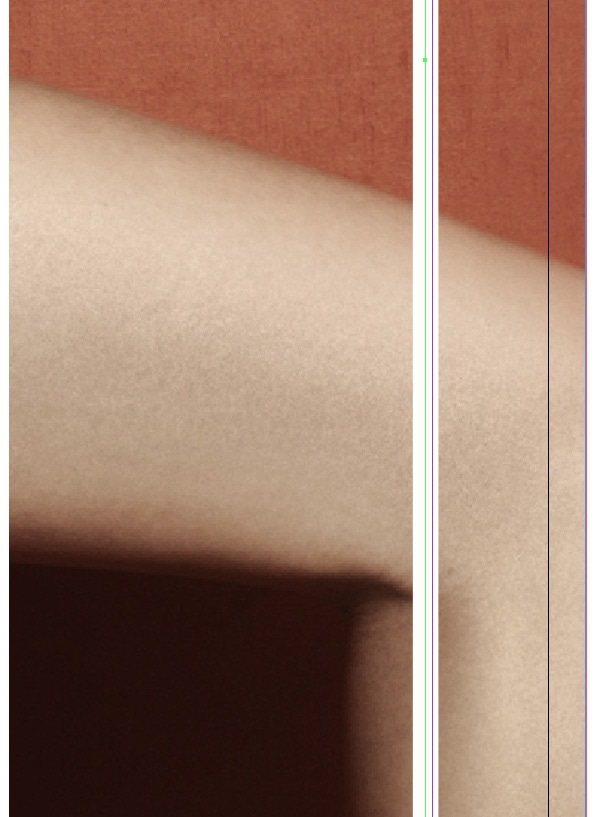 Repeat for the section of frame just below the woman’s leg. 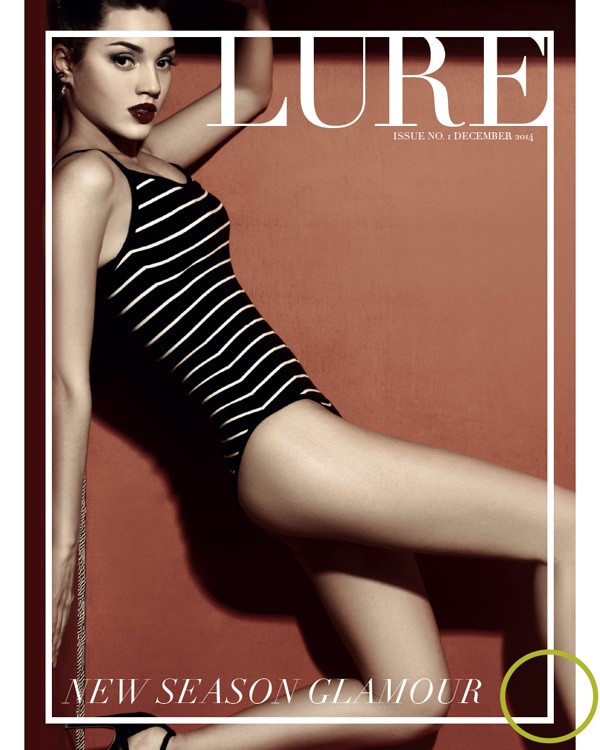 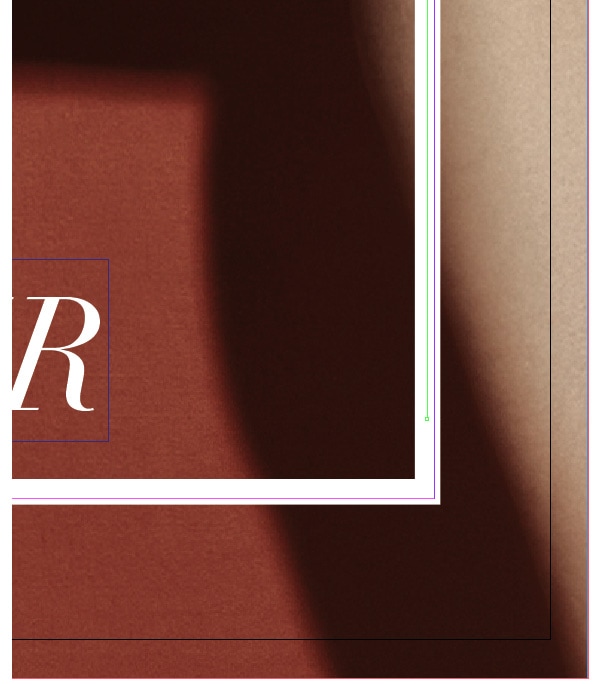 Step 3: Use the Rectangle Tool (M)

Select the Rectangle Tool (M) from the Tools panel.

Drag to create a small long rectangle, at a similar width to the width of the white frame. Set the Stroke colour to [None] and the Fill color to [Paper]. 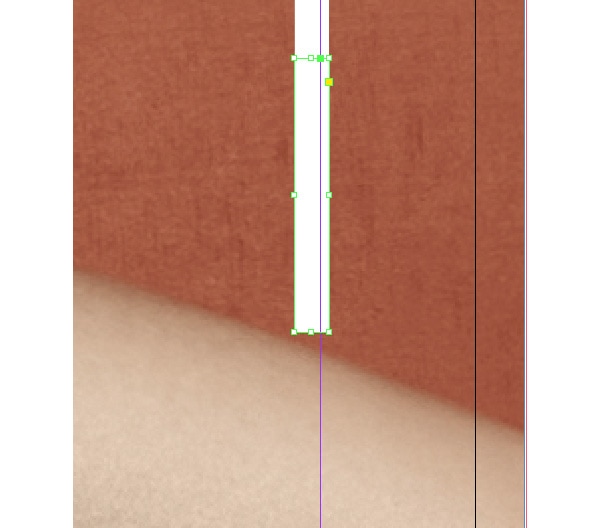 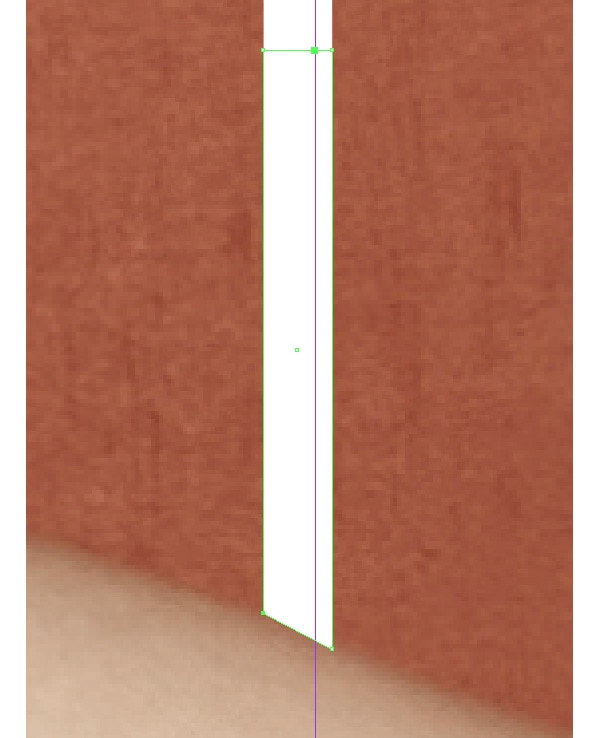 You can select the white rectangle and Edit > Copy and Edit > Paste, before adjusting, as above, for the lower part of the woman’s leg. 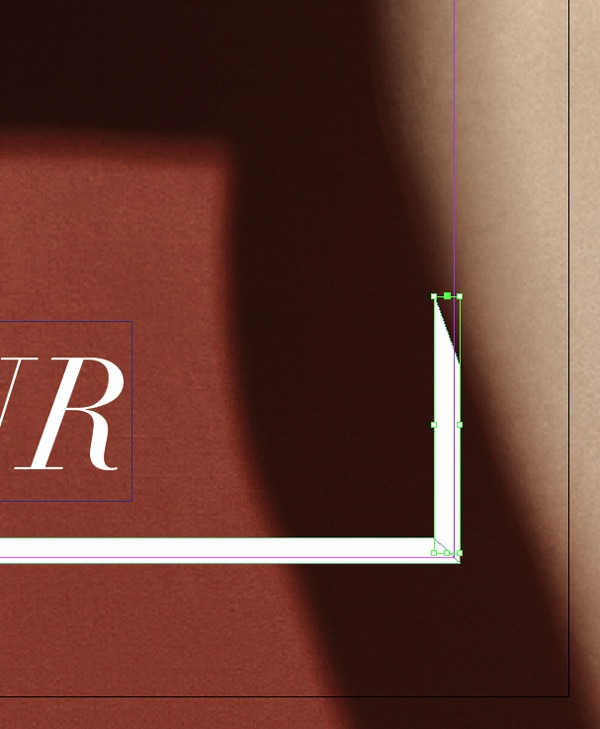 Step 4: Repeat the Process Above

Repeat the process described in Step 3 and Step 4 above until you have created an effect on the parts of the white frame you want to appear 3D. For this image, this is where I made all the cuts with the Scissors Tool (C), as an example. 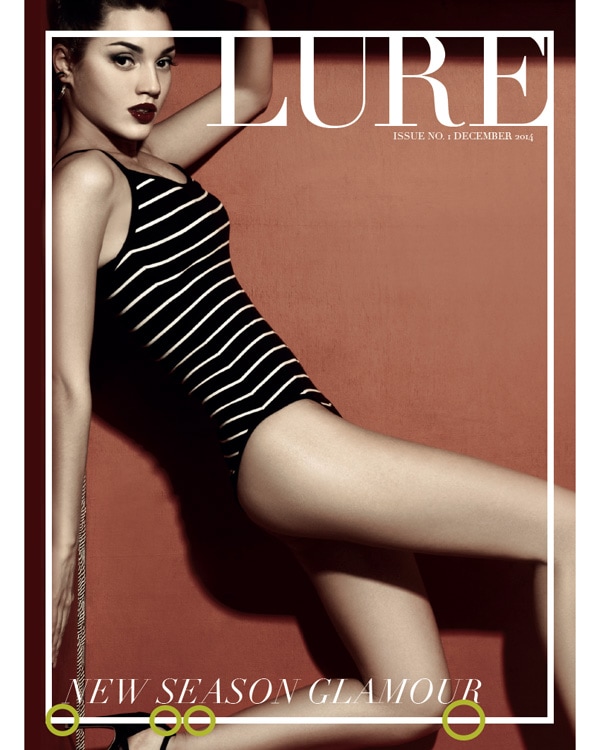 And you’re finished! It’s as simple as that! 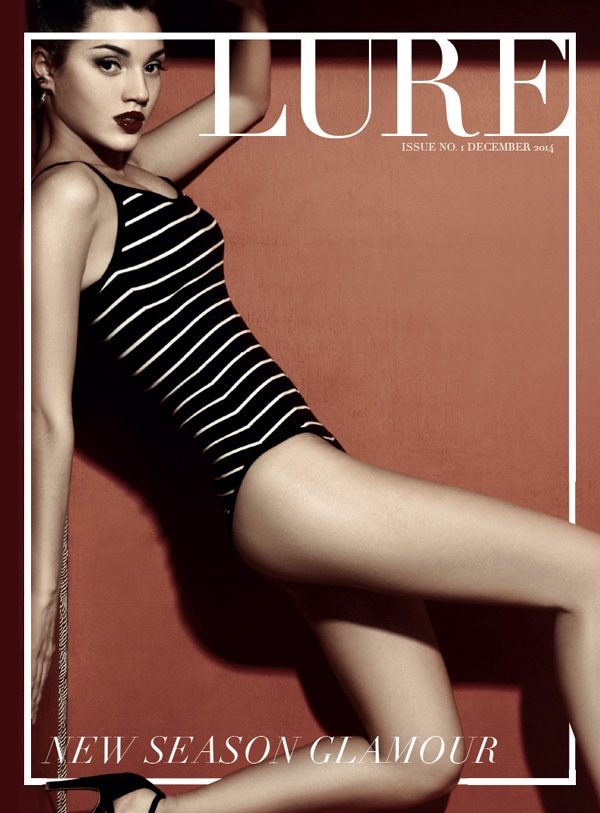 There’s no need to do any fiddly photo editing to achieve this simple, high-impact effect. Have fun creating your own 3D effects in InDesign!

How to Export InDesign Documents as PDFs

The Quick-Start Guide to Graphic Design

Drawing Shapes and Illustrations in InDesign