Simple tweaks to typography can dramatically alter print designs. A bold choice of typeface, size, rotation or colour can lift your InDesign artwork to new levels.

The following examples showcase playful type effects that are actually very simple to achieve. Be inspired to get more playful with your own typography efforts! Read ahead for tips on how to achieve the effects in InDesign.

1. Out of Eden Cover Design

A scientific report on contemporary ecology, the cover for Alan Burdick’s book is adorned with a long, curling snake. Looping across the front and back of the cover to make a dramatic wrap-around design, the cover designer has also arranged the type to complement the shape of the image. White space is filled with a classic serif typeface (try Janson Text Roman for a similar look) and a tight text wrap on the back gives the cover a unique edge. Recreate this effect in InDesign by using the Pen Tool (P) to draw organic shapes that fit uniquely to your images. Select the Type Tool (T) and click into the shapes to transform them into text frames. Publisher: Farrar Straus Giroux 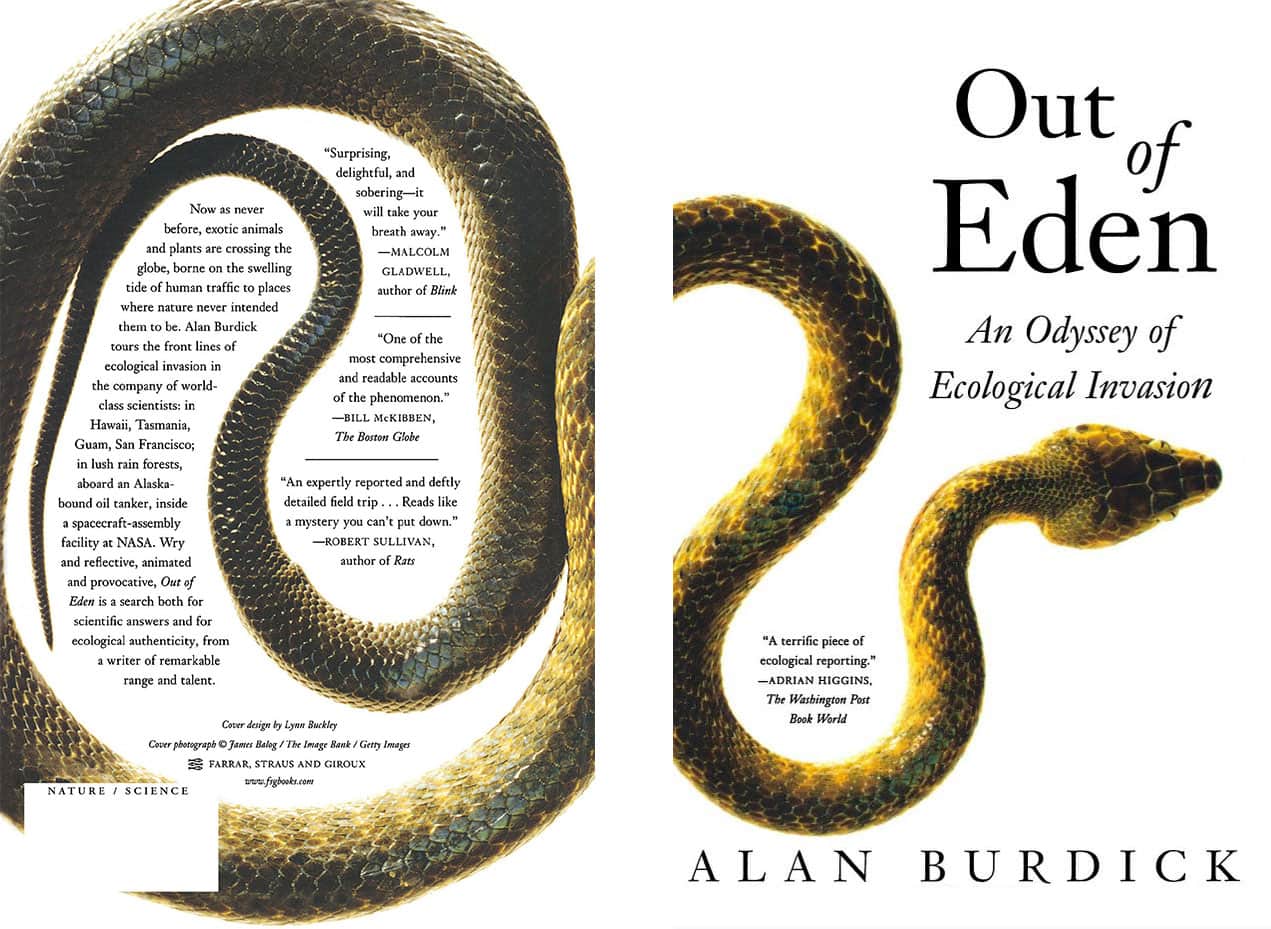 Spanish Harper’s Bazaar should receive more attention for the experimental but ever-stylish way it pushes the conventional rules for magazine typography. Its archive is a wealth of beautifully designed covers that make subtle statements with their type choices. We couldn’t choose just one cover to share with you; and the magazine’s interior layouts are equally stunning. The images interact with the type to create dynamic, fun-filled designs, and well-judged experiments with sizing, rotation, color, shifting of the baseline, and tracking keep the designs elegant, not flashy. Using InDesign you can recreate most of the effects below quite easily. Set characters in separate text frames to maximise editing flexibility, and make good friends with the Type on a Path Tool (Shift + T) to set text along curved lines and shapes. Magazine: Harper’s Bazaar España; Publisher: SpainMedia 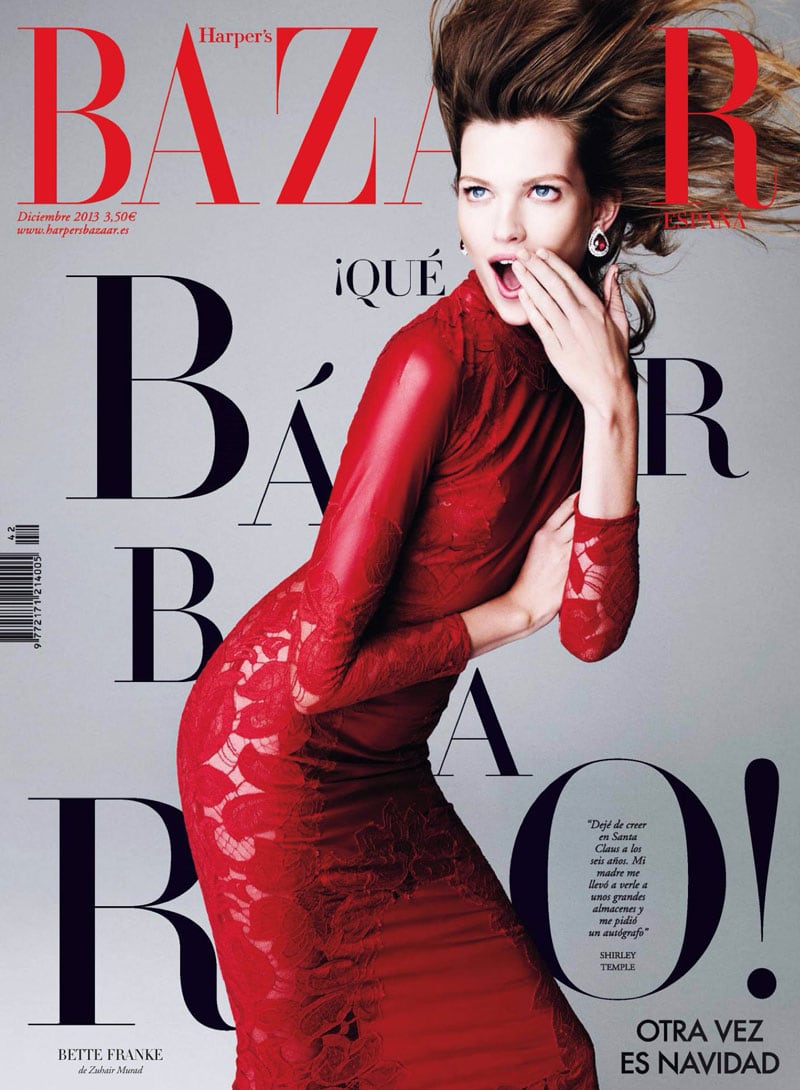 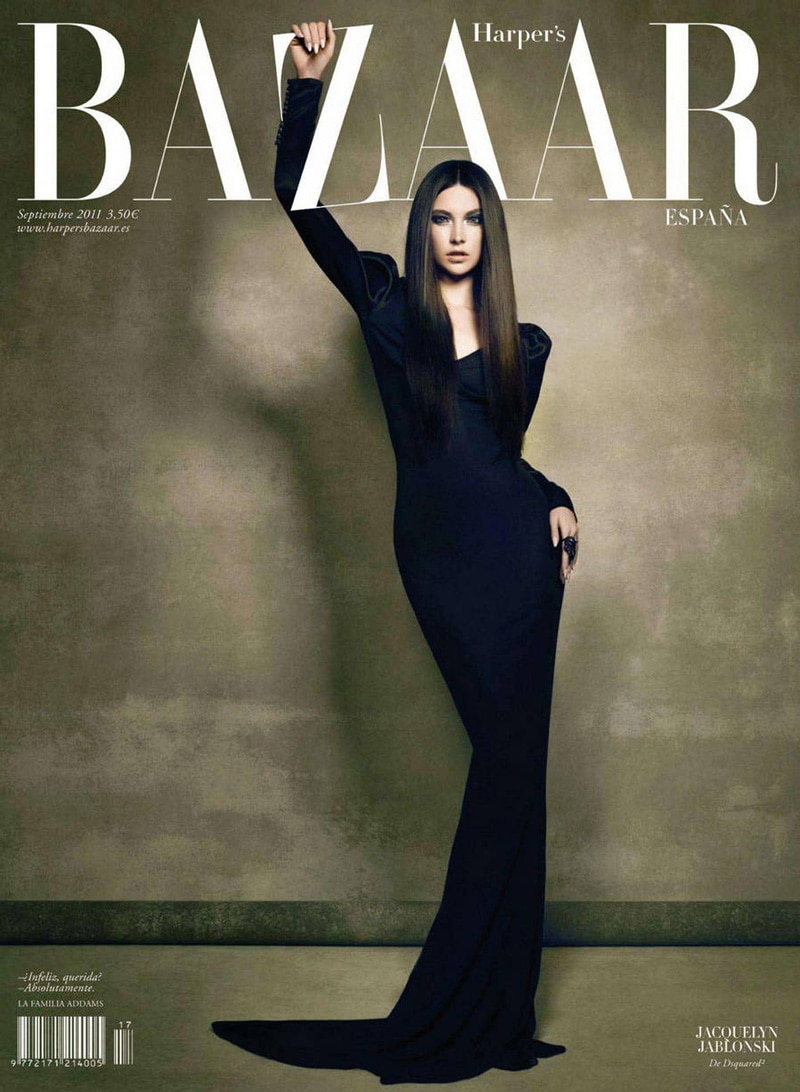 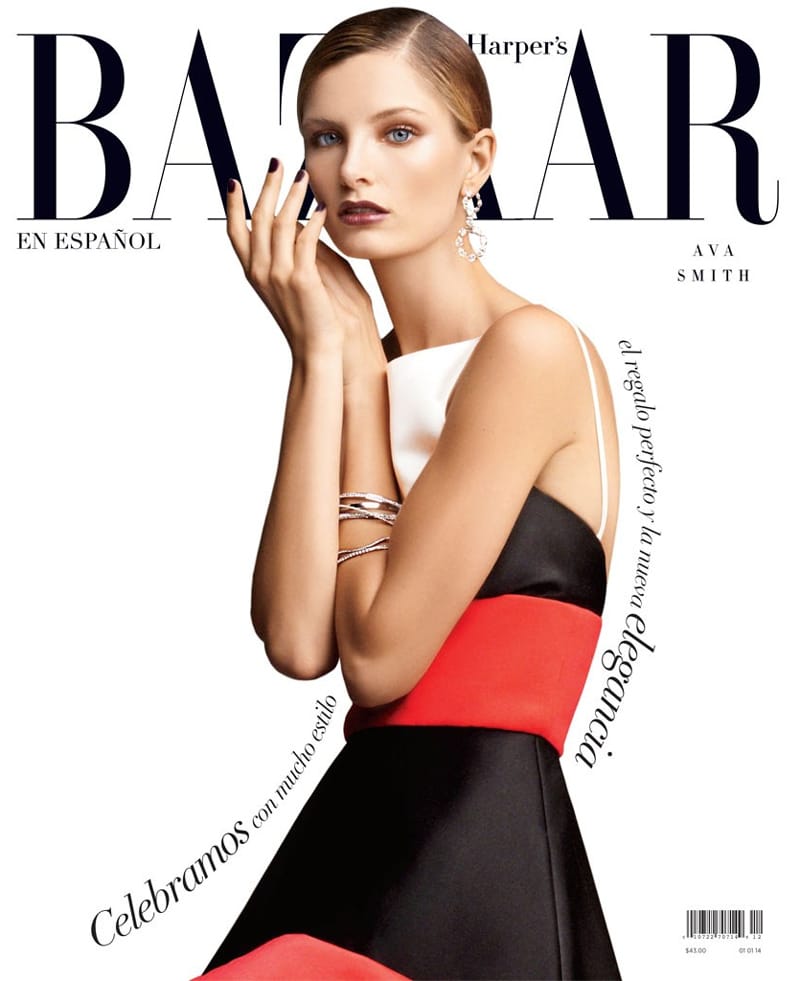 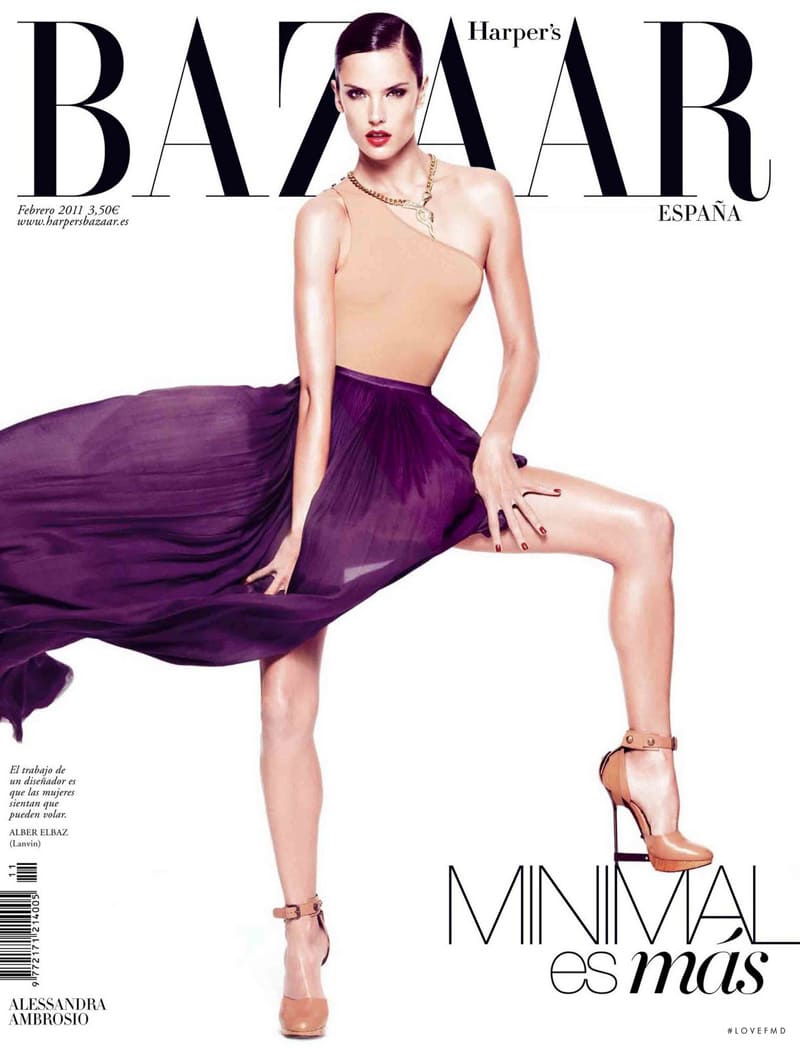 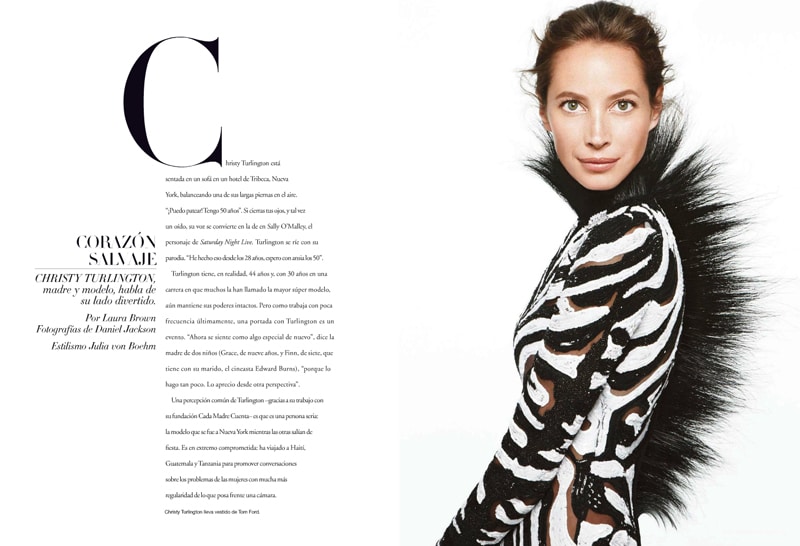 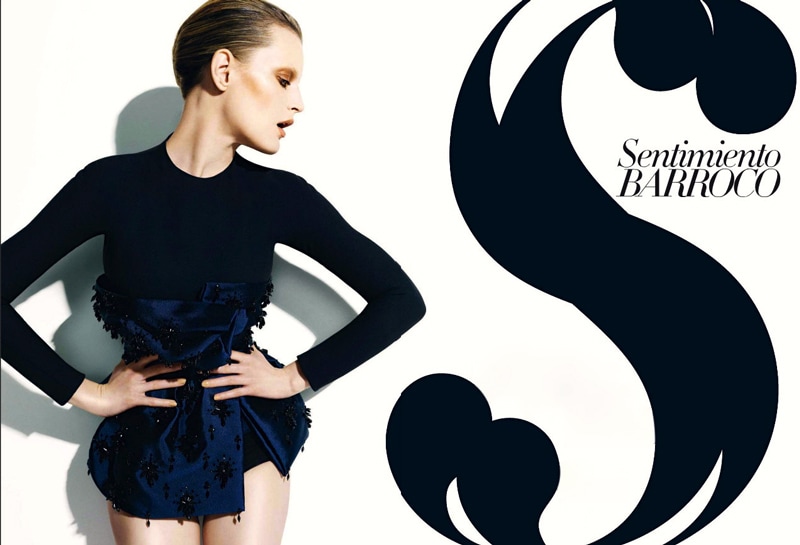 3. The Art of Immersion Cover Design

Frank Rose’s book speculates on a future world that is dominated by the internet, and how we are all becoming the media through the use of social networking websites. Justifiably so, the cover design is abstract and dreamy, a simple silhouetted head surrounded by mind-bending repetitions of lines. What we’re really interested in is the way the text very subtly interacts with the central image. A thin, tall sans serif typeface (try FF Scala) is set at small-scale in the centre of the head. A critic’s review cleverly winds it way along the top of the cover, wrapping closely against the edge of the image. To recreate the text wrapping effect in InDesign, use the Pen Tool (P) to trace a series of anchor points along the edge of your image. Then use the Type on a Path Tool (Shift+T) to transform the line into a text path. Designer: Jason Booher; Publisher: W. W. Norton & Company 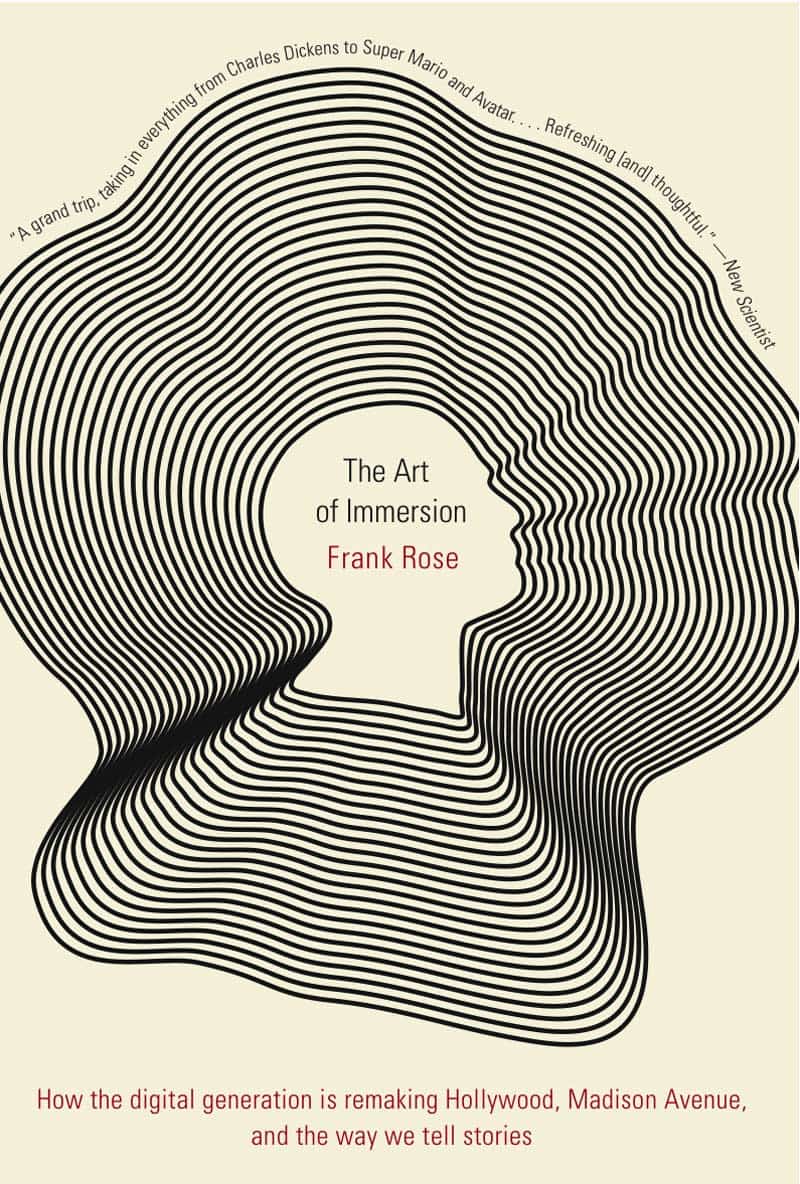 Swedish celebrity chef Per Morberg has launched his own lifestyle and foodie magazine, Magasin Morberg, which has a beautifully considered print design. True to the stylish and famously minimal Swedish aesthetic, white text (try Freight Big Pro Medium for a similar aesthetic) is set against high-definition photography. Layering text with transparency effects, and mixing up uppercase and lowercase styles, creates a layered, three-dimensional appearance. Go to Object > Effects > Transparency to reduce the Opacity of text in InDesign. Use the Swatches panel to pull out single characters in a bright, bold colour for contrast. Magazine: Magasin Morberg; Publisher: Spoon 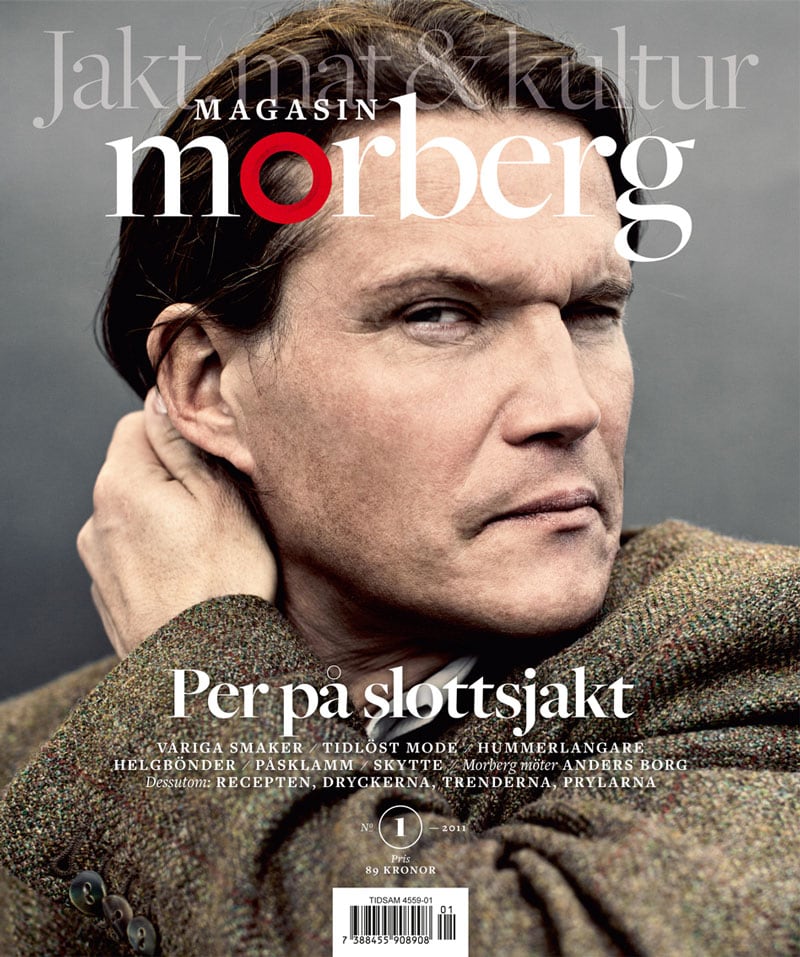 The February 2013 issue of The New Yorker has a decidedly vintage-inspired cover. The image of the skier ripping a trail across the front, revealing text beneath, is a bold and clever design that recalls the arguably more creative magazine designs of the 1920s and 1930s, which relied on the creativity of illustration alone. However, with the modern advances of publishing software, you can create this kind of effect easily, through careful building of layers in your designs. To create a similar effect in InDesign, create a sequence of two layers in the Layers panel (Window > Layers). Place a body of text on the bottom layer. On the top layer, place an image frame using the Rectangle Frame Tool (F), and File > Place an image with transparency (such as an EPS or PNG) that allows parts of the layer below to peek through. Add depth to the design by applying a Drop Shadow to the top image (Object > Effects > Drop Shadow). Magazine: The New Yorker; Publisher: Condé Nast 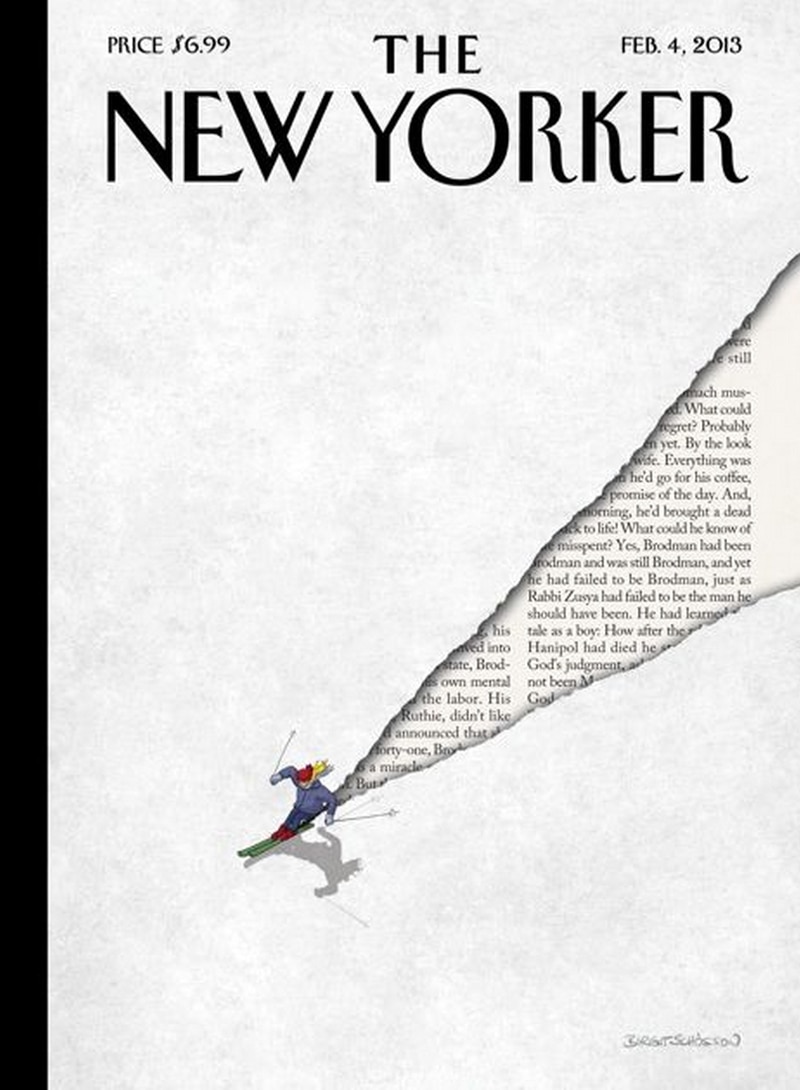 We’ve explored how playful text can make a huge difference to your designs. Even better, complex-looking designs can often be achieved quickly and easily using tools and effects available in InDesign. Find more design inspiration here.

The 2020 Creative Trends to Know Now