Whether you’re creating a cover for your literary debut or looking for the perfect font to typeset inside pages, these 25 fonts are perfect for book design.

From classic serifs for typesetting to quirky fonts for children’s books, historic novels or vintage covers, below you’ll find the perfect bookish typeface for your next project.

Anko is a mixed up, old style Roman serif font family. It’s one of the best fonts for book covers because it comes in 8 weights and features more than 450 glyphs to support extended Latin language, plus OpenType features such as ligatures and numeral variations. It’s clean and easy to read with smooth strokes, moderate stem contrast, and soft edges. 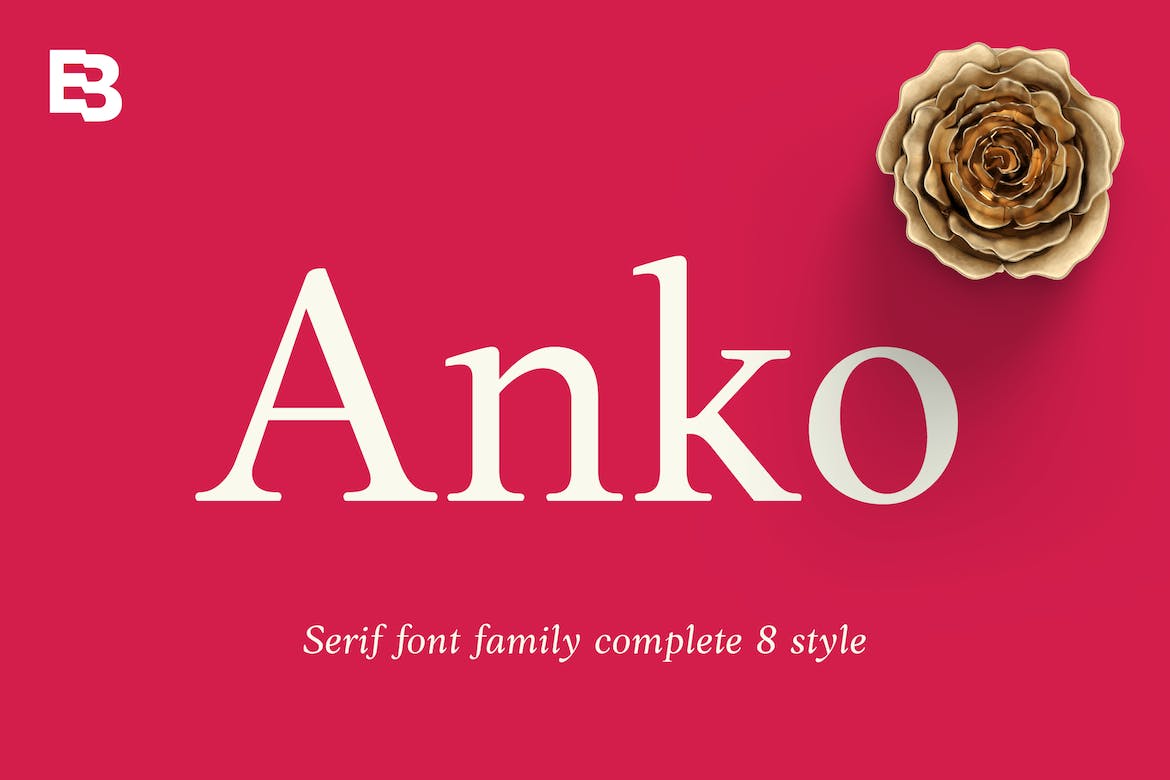 Designed by Robert Slimbach and released in 1989, Adobe Garamond is an updated take on the typeface styles created by Claude Garamond, which date back to the sixteenth century. An utterly classic and failsafe choice for typesetting books, Garamond also features gorgeous italic glyphs which can be used to embellish chapter headings or cover titles.

The best font for writing a novel is one that’s reliable, comes alive with character and attention to detail, is beautiful but practical at the same time. A versatile typeface with calligraphic elements, serifs, and new ideas. That’s Addington. Comes in 7 weights, roman and italic sets, and advanced OTF features. 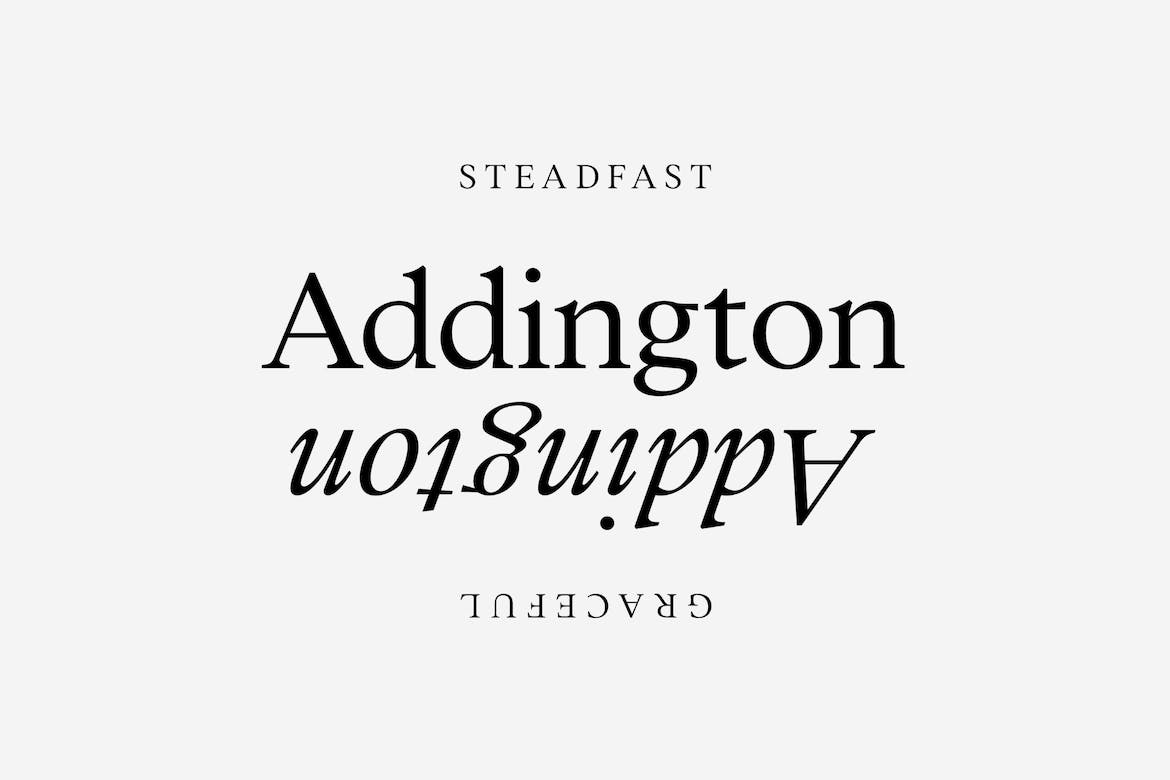 An Old Style serif originally created in 1722 by English typefounder William Caslon, Caslon is a beautiful and traditional typeface for typesetting. Most famously used as the type style for the Declaration of Independence, this timeless typeface is consistently used by designers looking for classic literary style.

As you know, serif font are the best fonts for book covers, and Storystone combines classic style fonts with a touch of minimalism to get you to a beautiful, elegant result. This isn’t your average Georgia font, not even close. It’s absolutely one of the most perfect fonts for books, though! 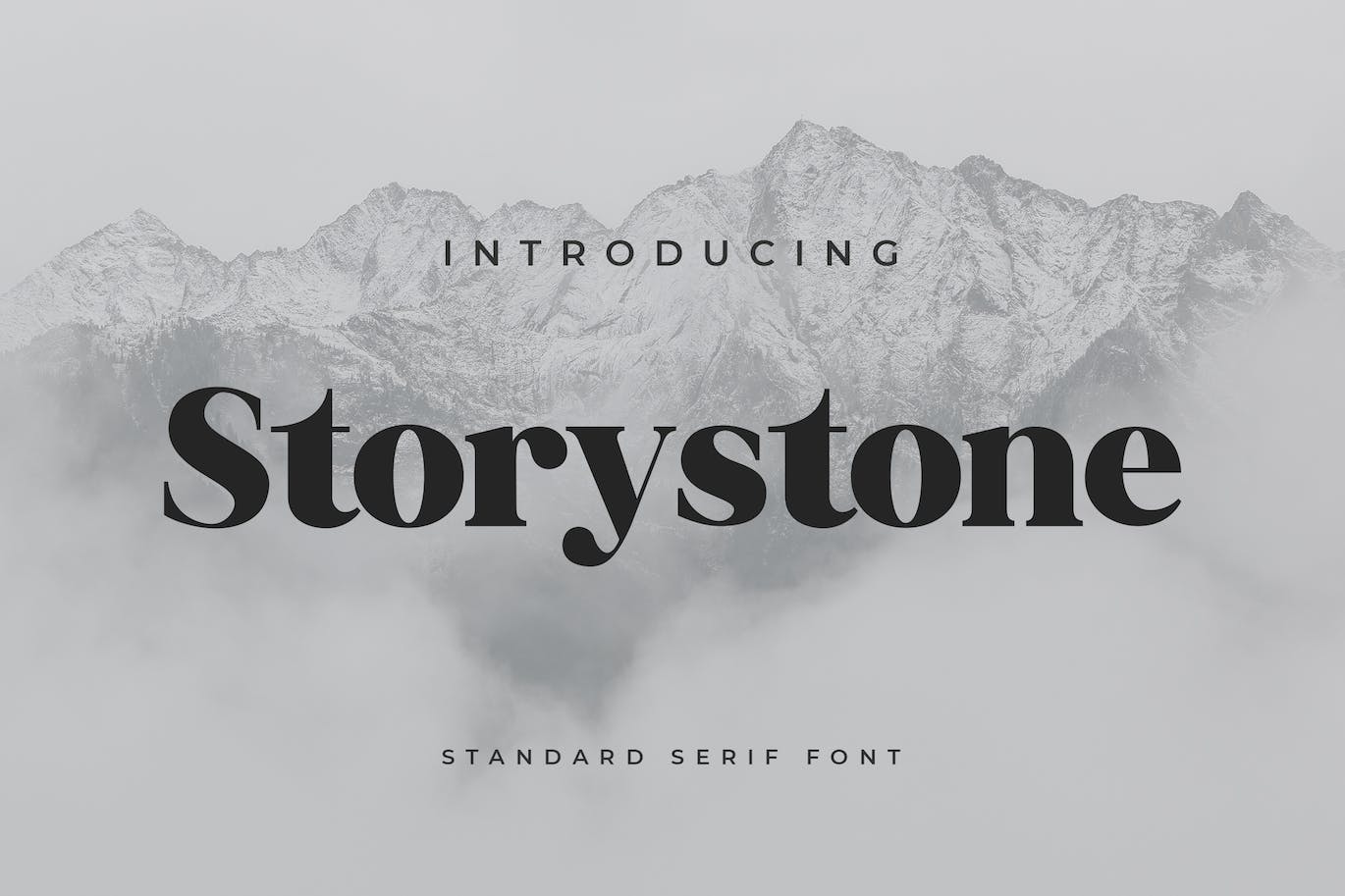 Who doesn’t love a meticulously pulled together font trio like Troye? It’s got your sans serif fonts for books, plus script and serif styles too! It’s a modern, clean, and distinctive set of the best fonts for book covers for sure! Features upper and lowercase, alternates and ligatures, and multilingual characters, too! 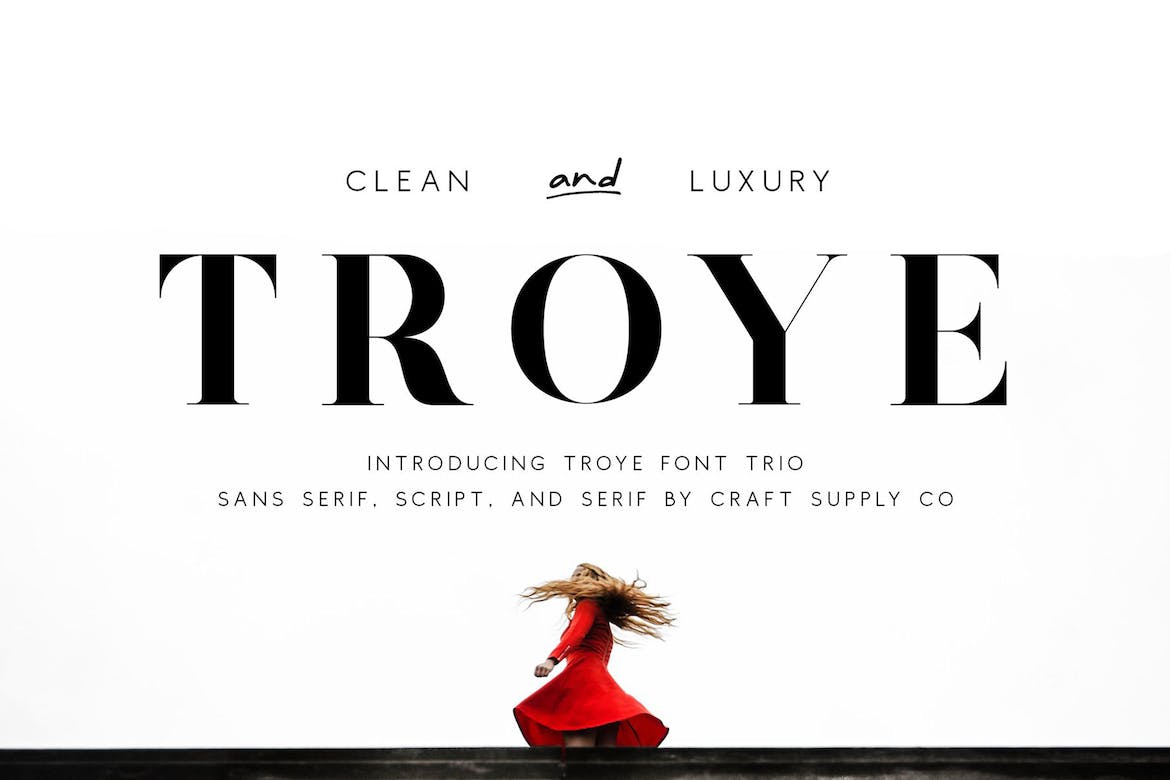 PS Fournier is centuries in the making. Originally based on the type designs of Pierre Simon Fournier from the eighteenth century, the first version of Fournier was released in 1924 by Monotype. In 2016, Stéphane Elbaz of Typofonderie revisited Parisien Fournier’s work and released a polished, contemporary version for print and web. A transitional serif, PS Fournier balances tradition with humanist character, making it an elegant and versatile font for book design.

Combine Bondie, the condensed slab serif font with something rounded and geometric like Helvetica, and you’ve got two of the best fonts for books you could imagine! Seriously, this is quite the elegant, solid books fonts around!

Originally inspired by the work of english type designer John Baskerville, Baskerville PT was created by Dmitry Kirsanov, Arina Alaferdova and published by foundry ParaType. While Baskerville PT can be used for typesetting it has been created with larger display text in mind. Cover titles, chapter headings and author names will all benefit from its darkly dramatic elegance.

If you love the idea of Bondie condensed slab serif, check out Bondie’s condensed sans serif! It’s similar to FF Din, but kind of better, really. Pair it up with Georgia fonts for books and you’ll have a combination that’s hard to beat for sure. 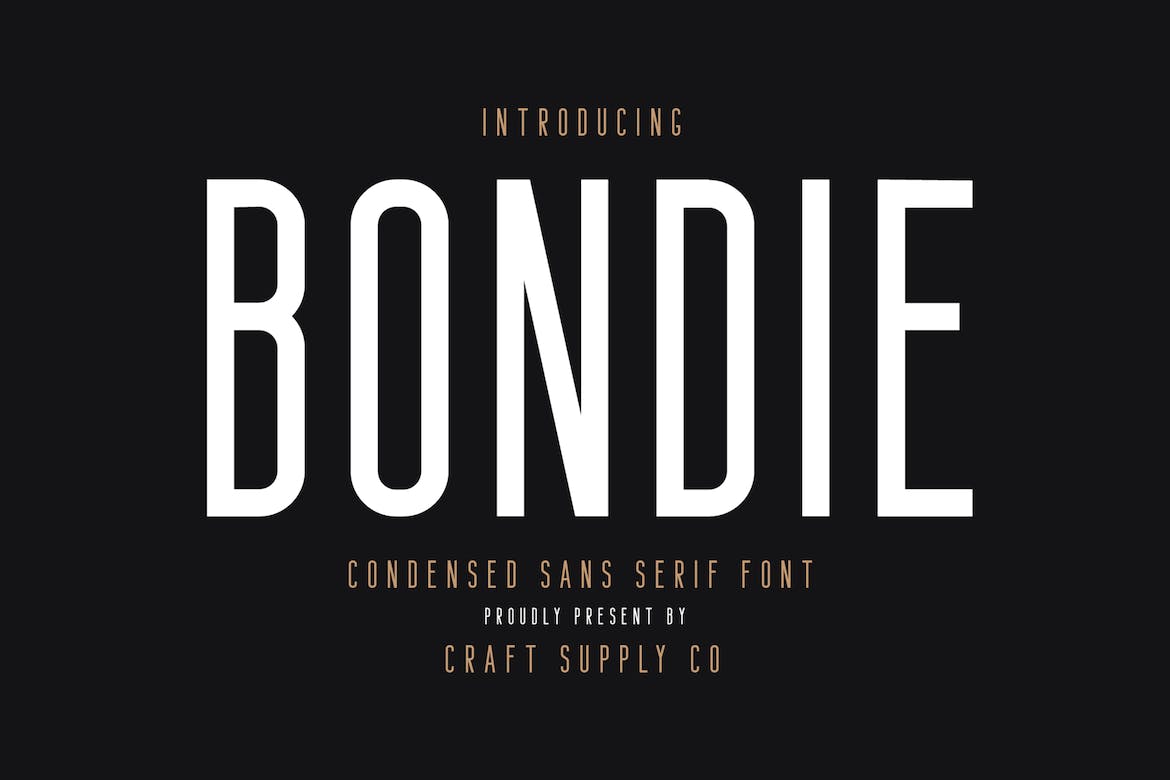 An enduring classic serif that will never go out of style, Times New Roman is literary, authoritative and ultra-legible, making it an excellent all-rounder font for book design. A transitional serif released by Monotype foundry in 1931, created by Stanley Morison and Victor Lardent, the typeface is best known for its use in newspaper design. Today, it endures as a classic and clean typesetting font for books, magazines and eBooks.

BoldenVan is an incredible comic book font style that would be the best fonts for book covers for kids! It’s rounded corners and chubby boldness brings instant joy, excitement, and you just can’t help but smile in anticipation for what’s next! 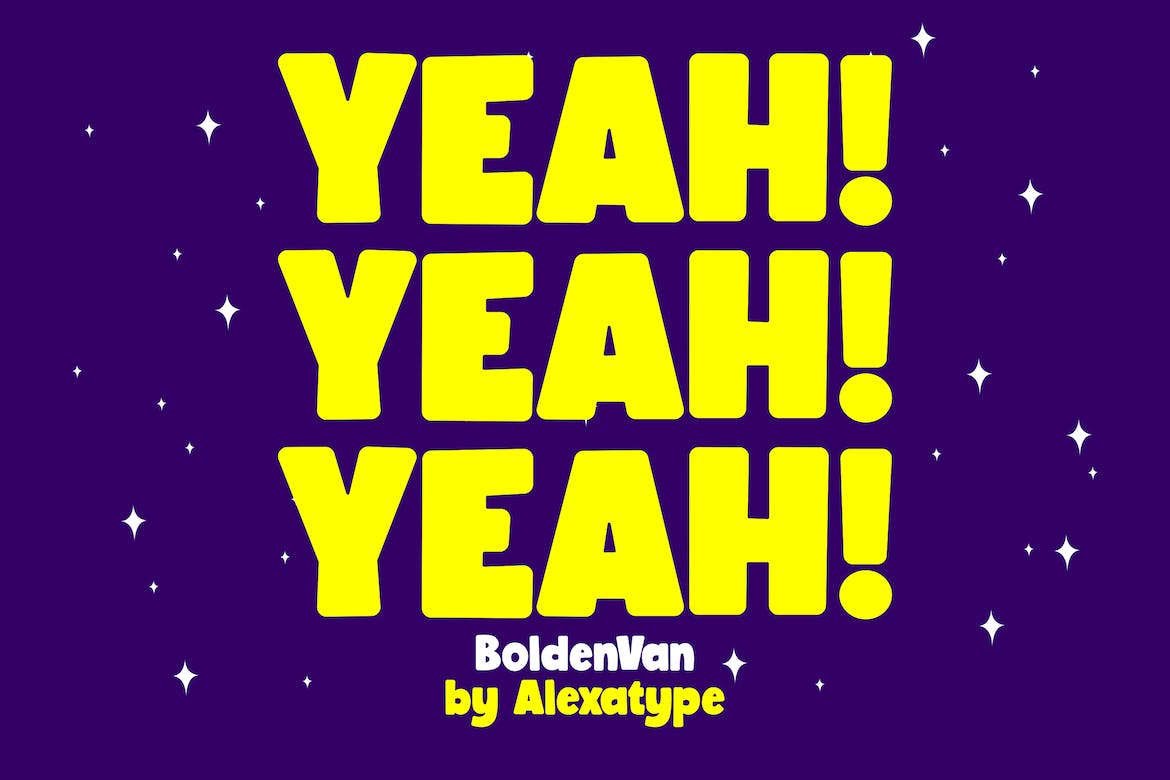 Based on the typeface created for Avant Garde magazine, ITC Avant Garde Gothic is a sultry Seventies font which would bring vintage flair to book cover designs. Team with contemporary colour schemes to dilute its retro edge or pair with sepia-tinted photography for authentic retro style.

Another amazing comic book font style is found here, in Frisky Puppy. It’s even named like it’s one of the best fonts for book covers with a children’s story! We love the 3D, bubbly effect that you just can’t get anywhere else. 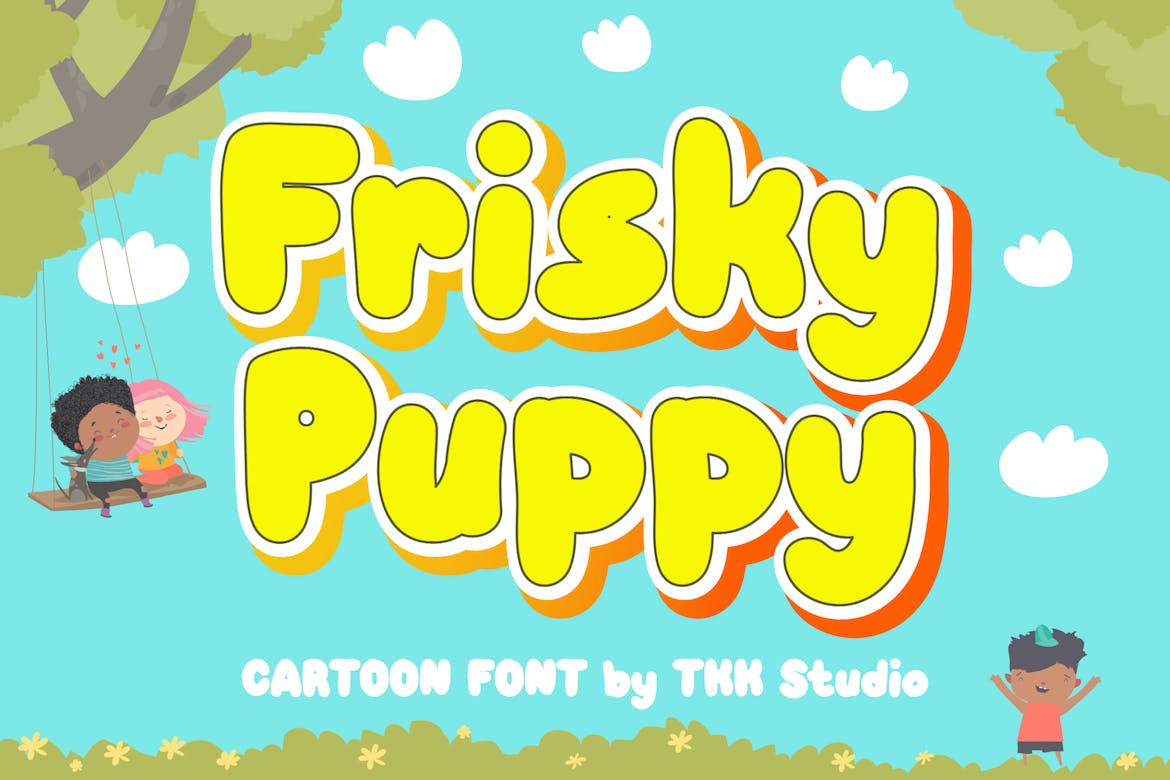 A fluid, organic serif with high legibility, Albra is a retro-tinted serif font that works beautifully for both display text and typeset pages. A unique alternative to more traditional serif fonts, this is a great font choice for book designers looking for something subtly different.

This elegant italic font belongs in a calligraphy fonts book PDF because it’s just perfect on so many levels. It’s a classic, luxury serif font with beautiful rounded features that combined with something like Helvetica (which also features a lovely rounded look) would just be absolutely amazing. 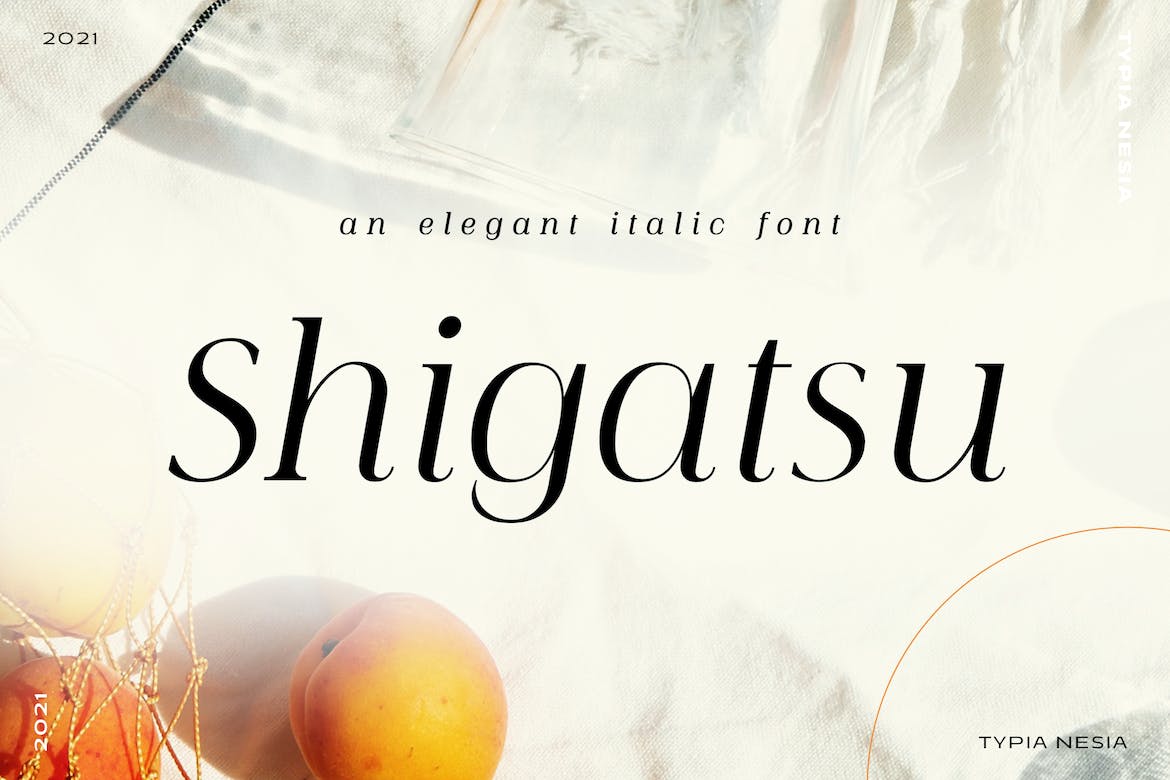 When you’re searching for the perfect fonts for books, one of the best fonts for book covers would be Etna here. It’s bold, sharp, and comes with over 400 glyphs! It was custom made with maximum precision and high aesthetics, and would absolutely highlight the best font for writing a novel, Georgia. 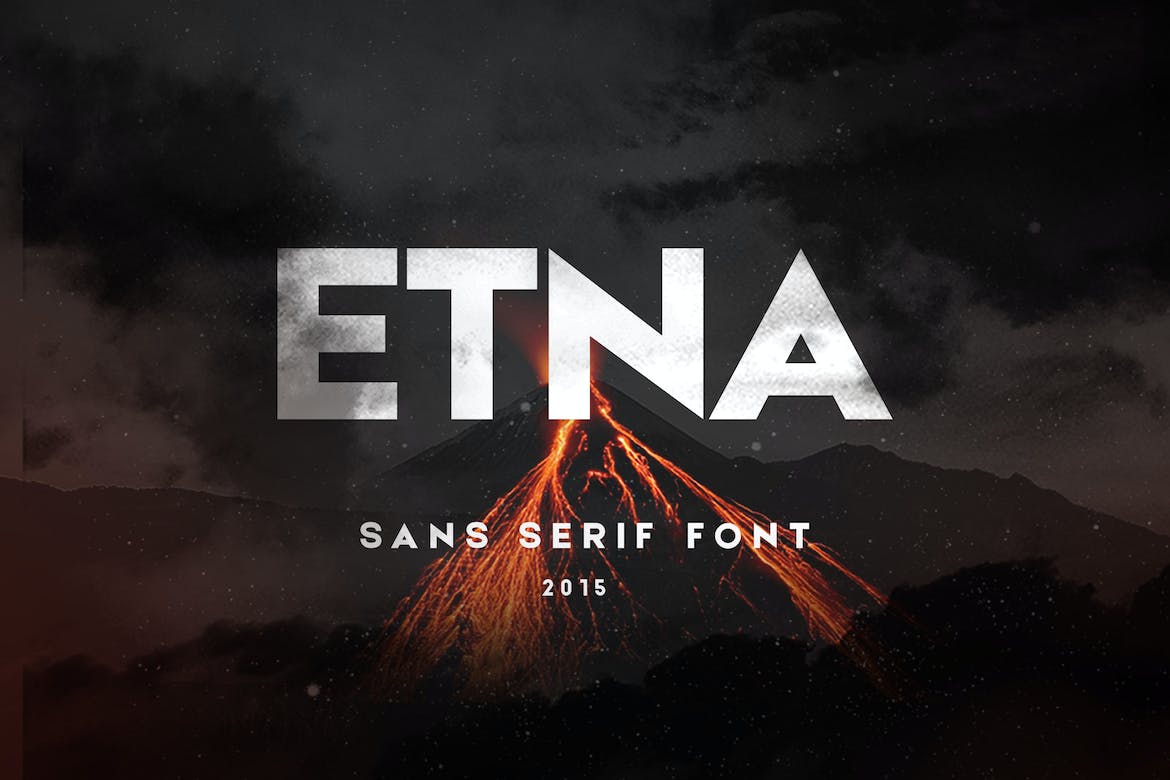 Designed by Adrian Frutiger Linotype Centennial was released in 1986 and celebrates a century since the invention of linotype printing. A celebratory serif that showcases features of classic American type design, this is the cool alternative to traditional serifs like Caslon and Baskerville for typesetting book text. 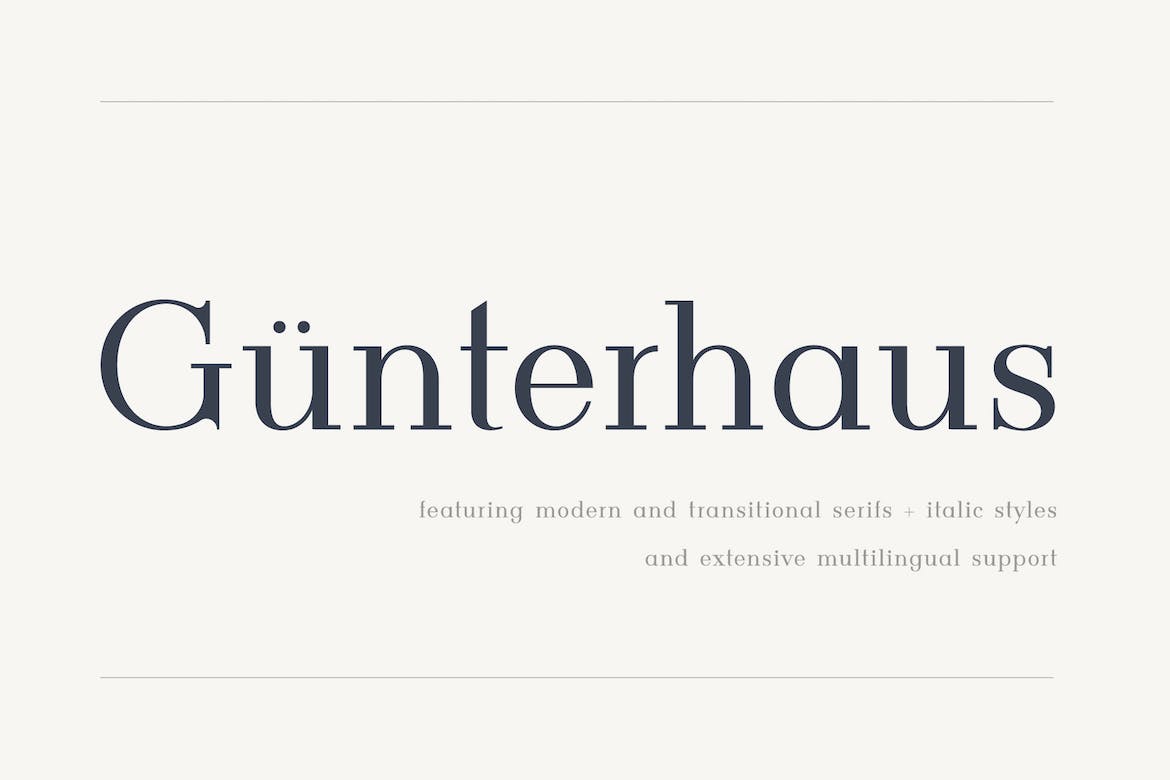 Oh, Dominica! Your thick, rounded features make you one of the best fonts for book covers we’ve ever seen! Just look at the flow of letters… it belongs in a calligraphy fonts book PDF, don’t you think? It’s a little bit retro, a little bit modern, and a whole lot of beautiful. 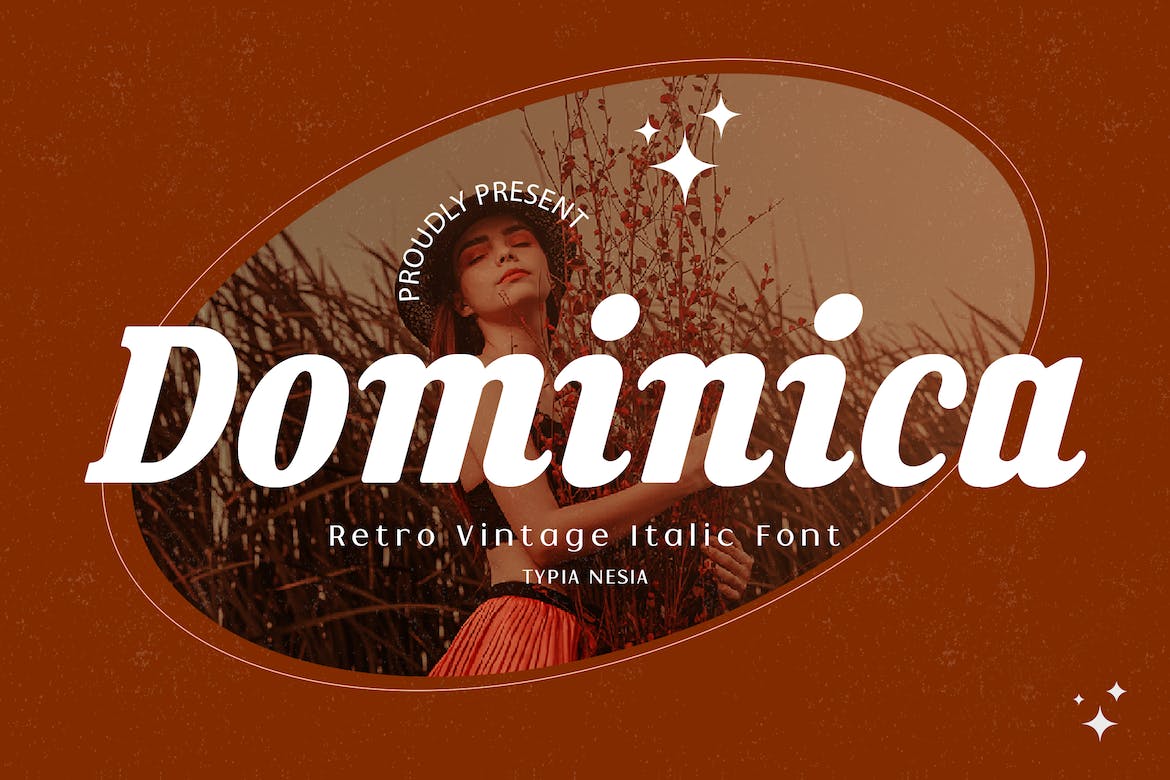 Looking for a typeface for a non-fiction book? Skolar Latin is direct and factual, with exaggerated, sculptural serifs that make data-focussed text feel more authoritative. Try teaming with infographics or setting image captions in this effective, simple serif.

Equipped with 5 levels of thickness, when you’re looking for minimalism in the best fonts for book covers, Breadley Sans is the perfect fit. It’s professional, yet modern and full of character! It’s got multilingual support, too. 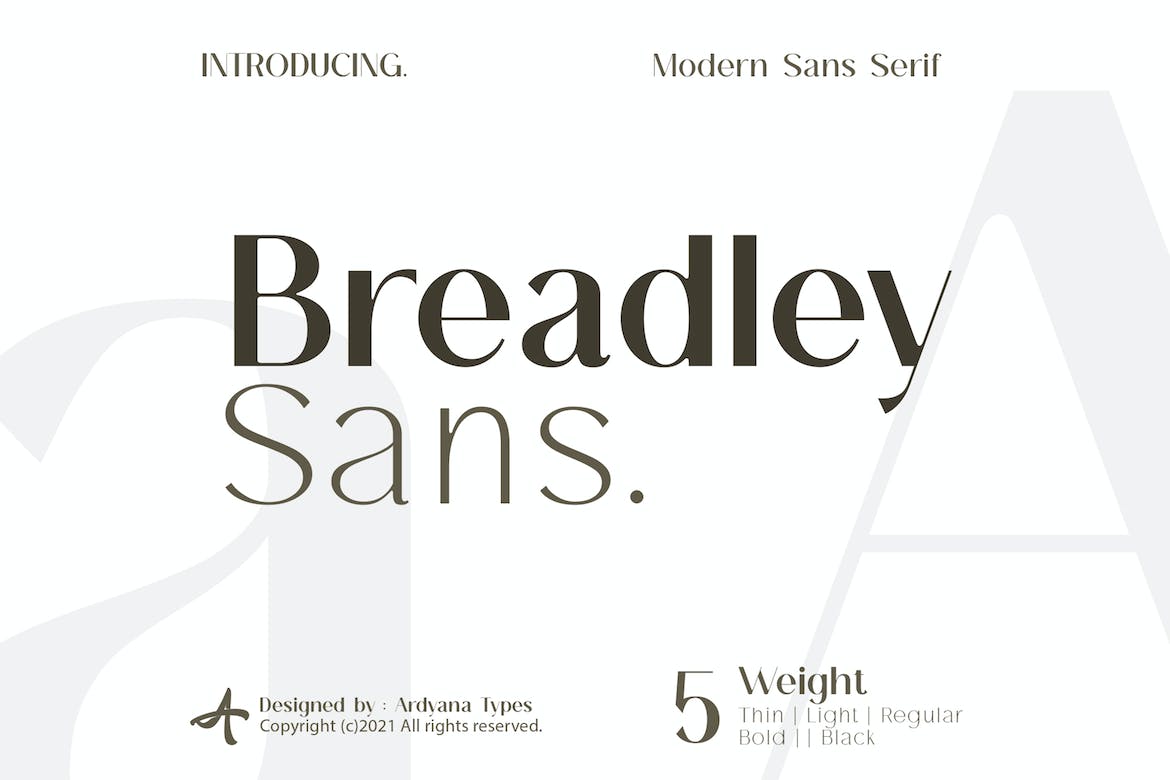 Can’t you just see Montage, a delicate serif font, combined with Helvetica for the best fonts for book covers award (were there such an award)? Get free updates on this one, too, and comes in OTF and TTF format. 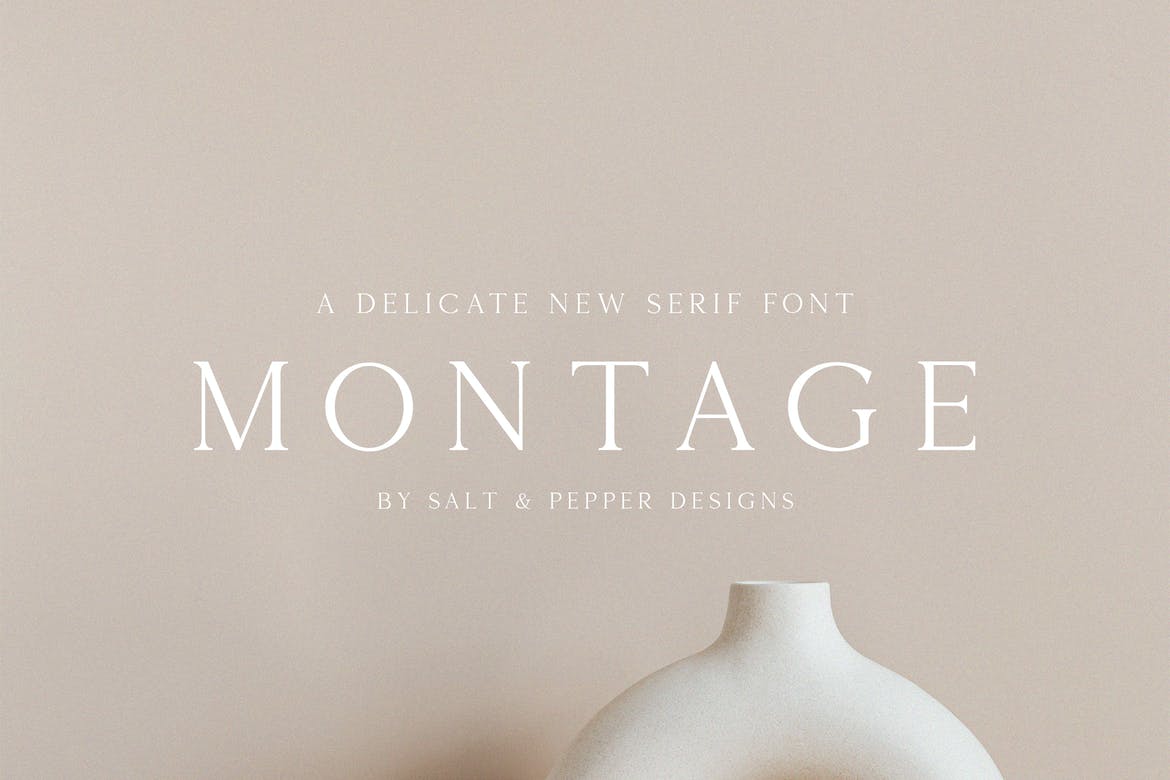 We’re not sure why Quatera seems sort of 1970s to us, but it most certainly would be a great additon to your collection of fonts for books, don’t you agree? It’s elegant, timeless, and perfectly italic! 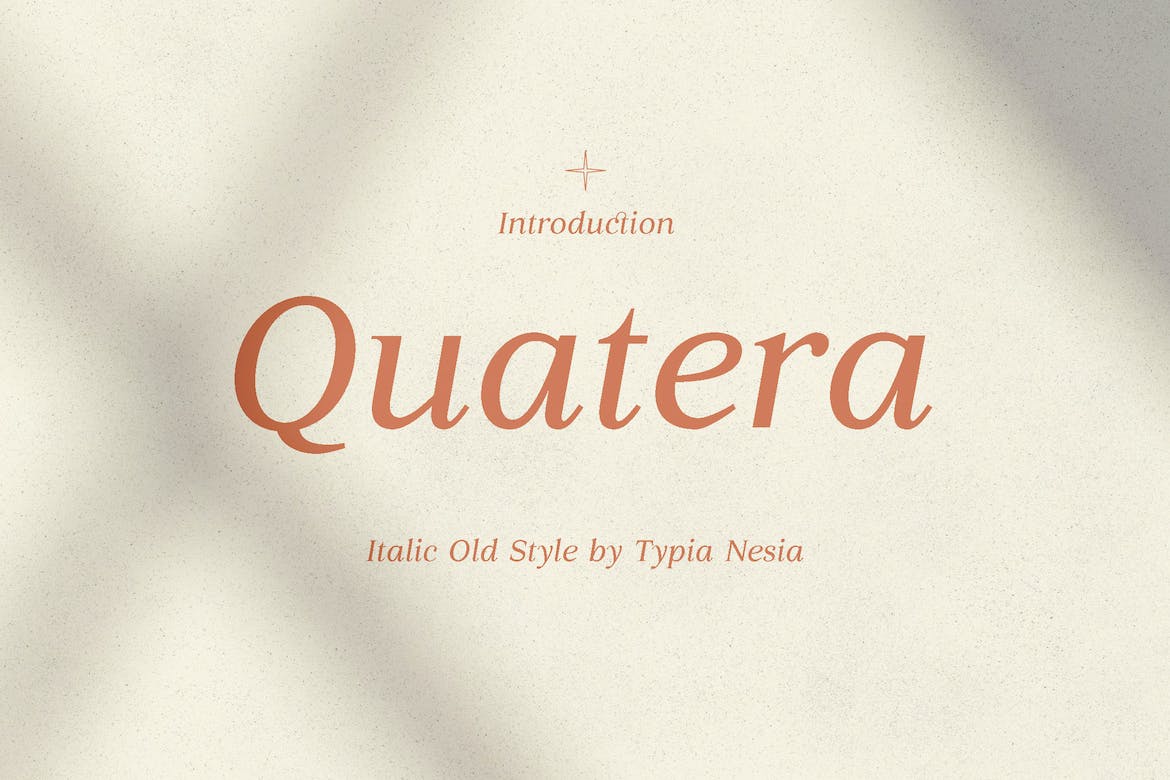 True to its name, Silk is a fluid, organic serif typeface with a delicate, elegant appearance. Created by Rakel Tómasdóttir, Silk is available in 14 weights, making it a versatile book font for typesetting inside pages or creating beautiful chapter titles. Romantic or historic novels will bring out the best of this elegant typeface.

Looking to Create Your Own Book Designs?

The kit comes complete with instructions for exporting your book as a printable book and as a reflowable or fixed-layout EPUB (eBook), ready for uploading to book retailers such as Apple Store, Kindle Store, Kobo and Google Play.

Click here to find out more and benefit from an exclusive discount.

Sign up to our newsletter and get a FREE eBook

Receive a copy of 10 Essential InDesign Skills, plus get monthly updates on new templates, fresh design inspiration and unmissable offers for creatives!